A film about the fear of becoming a parent, told from a male perspective.

A young man tries to hold his life and career in order. He writes. Everything collapses when he realises that his wife is pregnant. He enters the dark space of his own fears where he is confronted by memories of his childhood. He needs to face the absence of his own father and embrace the pain. Only then, he will be ready to accept his newly born child and become a parent.

Director’s statement
Where To is a very personal film. It depicts the impossibility of a man to overcome his past self. Although he conquered a lot in the world, he still bears a cavity inside. The narrative aims to reveal the emptiness inside the man, which appears in opposition to the abundance outside. Often our own cravings are the reason for our own suffering, and when it continues long enough, the consequences can be disintegrating. The film will consist of two parts – the external world where the main character contemplates his past life, and the internal space, where his memories nail him down, leaving the only option of breaking the body in order to release the burden. The design of the film is conceptualised as a hand-drawn animation with a ball pen, referencing multinational corporations as a symbol of high-class professional prosperity, where the administration is kept in order thanks to the ink. 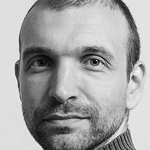 Asparuh Petrov (1981) developed a passion for animation after he graduated from the High School of Applied Arts in 1999. Until 2007, he worked as a motion designer, creating TV programme idents for several Bulgarian televisions. For the last 10 years, he has been working as a freelance animation director and creating his own animation projects. Asparuh is one of the lead directors of Compote Collective’s productions. 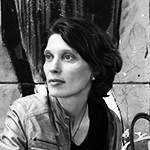 Vessela Dantcheva has been an animation professional since her graduation in animation in 2002. She is a co-founder of the Compote Collective production studio. For the last 12 years, she has been developing, directing and producing independent animation films, many of which are highly valued in the international animation industry. She is often a jury member at international festivals and pitching events. She is a lecturer in animation studies at the National Academy of Arts and the New Bulgarian University, Sofia.