Through the eyes of Alexandre, Antarctica unfolds as an inner space - vast, fearsome, beautiful. A place where you can find a shelter for your dreams and be in constant danger at the same time.

How does it feel to live in the most isolated place of the planet? Does time matter there? Do you only dream in white? These are some of the questions Alexandre Gautier, a French woodworker who works in the maintenance service for the infrastructure of the French scientific mission in Antarctica tries to answer in this animated documentary. The film follows Alexandre’s train of thoughts and reflections about Antarctica, the vast whiteness of the continent, his experience as a worker there, his concept of home, the feeling of exile, isolation, loneliness, death - which is always present - and the purpose of life. He recalls memories from the past, ponders on his current situation and sketches out his vision and dreams about the future, trying to give an answer to the ultimate question of “where home is?”

Director’s statement
I first met Alexandre in Cyprus, a few months before his first trip to Antarctica. I could tell that he was preparing himself for this trip to the unknown. We met again about a month before his second trip. This time he had a bunch of interesting stories to share about his experiences, the people who he met there and his work. What made me want to make a documentary about his story though, was his eagerness and his impatience to go back to Antarctica as soon as possible and for as many years he is physically able. What I find really interesting in the process of making this film is how different Alexandre x will experience Antarctica in every new trip there and how stronger his bond with the place will be. 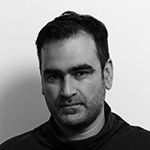 Christos Panagos is a graduate of the European Film College in Denmark. He has been involved with the moving picture since 2002. In 2005 he created his first documentary. He has participated in many international productions and his works have screened in various international film festivals. In 2017 he formed “IndigoFlicks”, a production company based in Athens – Greece, that specializes in the audiovisual and cultural sector. 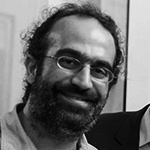 Charalambos Margaritis is a National Superior Fine Arts School of Paris (ENSBA) graduate. He is the director of the Kimonos Animation Studio and the annual international animation festival The Animattikon Project. He is also Ambassador of the European Animation Awards in Cyprus. His films have been selected, screened and awarded in several animation and film festivals around the world.