Unspoken’ is an animated documentary film showcasing six different individuals and their differing reactions to the terror acts that occurred in Istanbul in 2016.

Unspoken is a documentary film that investigates how different individuals have lived and experienced these tense times, how their usual behaviours have changed and which kind of personal security measures they have adopted to avoid a possible terrorist attack. It aims to show the psychosis within peoples minds from normalizing recurrent bombings, as well as the humouristic side of the paranoia. Through exploring the thoughts of six individuals from different backgrounds, the film creates a dialogue between the inner feelings of people living in a city and overcome the trauma through unity. ‘Unspoken’ is an animated portrait of both the hopelessness of living here, and the glimpses of humanity that make it impossible to leave.

Director’s statement
Misia Mormina: I lived in Istanbul for 6 years and specifically during the time in which the terrorist attacks increased. Here I have experienced the fear of living in place where my life was in danger. I decided to do this documentary to portray how was the life in Istanbul in that period without the manipulations of the mainstream media. It is important that these characters have the chance to communicate themselves what they feel and how their lives have changed.

Engin Karabağlı: As there are at all times a large number of social issues in Turkish society it is very difficult to digest and evaluate each social issue deeply. Once one issue surfaces, it is very quickly surpassed by another. I believe that it is very important take a moment and reflect deeply on our past experiences. Although the pandemic has deeply changed our world since these events, I believe that the nature of trauma and the human response to it remains the same. 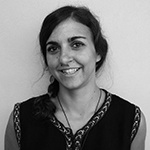 Misia Lou Mormina is a filmmaker and photographer based in Italy. She completed her Bachelor degree in Humanities and Communication in the University of Milan. In Istanbul she finished her Master in Visual Arts and Visual Communication Design from Sabanci University. Since 5 years she is working as a freelancer producing short films, experimental videos, music videos and documentaries. She is currently exploring her interest in animation through making an animated documentary about Istanbul. 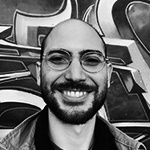 Engin Karabağlı is an animation artist / documentarian based in Amsterdam and has been working in the field of film & animation since graduating from NYU Tisch School of the Arts in 2013. In the past, he has worked as a creative producer for Cartoon Network and Boomerang Turkey. Since moving to the Netherlands, Engin has worked as a 2D animator and project coordinator for Studio Submarine. Working on notable projects such as Amazon Prime’s Undone and Netflix’ Apollo 10 ½ A Space Age Adventure.