A young mediocre singer wants to become a great opera star. His voice turns magical and ironically, this turns to be the beginning of his downfall.

The Voice revolves around a young man, named Enrico, who wants to be an opera star. Enrico’s voice is not good enough and he is struggling for recognition. He lives alone with his pet – a playful Poodle.   One day, after another unsuccessful audition they both go for a walk and a mysterious golden feather flies into Enrico’s mouth. His mediocre voice transforms into the most magical tenor of all time. Enrico immediately achieves huge success on the opera stage. Obsessed by his new image and fortune, he neglects his old friend – the Poodle.   One night after a performance in the Opera house, Enrico is asleep. Having a mind of his own, the golden feather flies out of Enrico’s mouth and gets into the Poodle's. Now the Poodle is singing opera arias. Enrico tries to get his voice back, but that seems to be impossible. His attempts become more and more brutal and eventually Enrico takes the ultimate decision – to kill the dog. Ironically, the feather has left the Poodle earlier on.

Director’s statement
Although the script has all the features of a tragedy, our intentions are to bring a comical tone to the story. We believe this is possible through combining the dimensions of a famous opera aria with the domestic life of an ordinary guy with his pet Poodle, while giving them the chance to sing. The characters will sing rather than talk. We will use the famous aria “Nessun Dorma / None Shall Sleep” from Puccini’s opera Turandot.  Taking the aria out of its recognisable context and placing the opera singing in a completely new place is a great way to deliver laughter. Not to mention the Poodle singing while taking a leak.  So far we have directed several shorts that deal with serious subjects. With The Voice we want to further explore and develop our storytelling techniques. The Opera is a classical art form and we envision the images in expressive, artistic animation style. With The Voice we aim to make an entertaining tragicomedy, spiced up with opera singing. 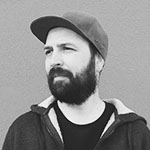 Ivan Bogdanov graduated from the Rotterdam Art Academy in 2001 and in 2006 returned to Sofia, Bulgaria. He is a co-founder of Compote Collective animation production company. The films he directs have received numerous awards and were screened at more than 200 international festivals, including Hiroshima, Zagreb and Annecy. Since 2016, he has been teaching at the New Bulgarian University. Travelling Country, 2016 – Best Croatian Film at Animafest Zagreb 2016, Golden Prize in Shut Up! Competition at Animated Dreams 2016, Best Animated Film Award at Bulgarian Film Academy 2017.
The Milkmaid, 2015 – Special Jury Award at Golden Kuker International Animation Festival 2015, Award for best direction at Golden Rython 2015.
Father, 2012 – Golden Dove Award for animated film at DOK Leipzig 2012, Best Short Film Award at Anim’est 2012, Best Animated Short Film at Anifilm 2013, Grand Prix at Etiuda & Anima International Film Festival 2013. 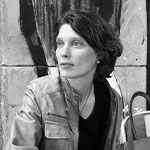 Vessela Dantcheva is animation director and producer. She graduated from Rotterdam Art Academy and gained her first professional experience in the Netherlands. In 2008, she co-founded Compote Collective. For the last 12 years she has been managing the collective and developing, directing and producing artistic animation films, which have been screened and awarded worldwide. She is often a jury member at international festivals and pitching events. She is a lecturer in animation studies at NBU and NHA in Sofia.