Ormhildur is a young girl who came into the world when the glaciers all melted, along with an array of mythical creatures. She was found by Albert, an old history teacher, who took her under his wing. Together, they began working for the State Research Department of Magic. Their aim was to cast a spell to lock the mythical creatures back into the ice, but Grim and his agents are trying to stop them. Over the course of the series, Ormhildur goes on a number of adventures where her bravery grows and at the same time she realises that she has magical powers. She befriends many of these creatures and ultimately finds a way to create peace between the humans and the mythical creatures.

Director’s statement
Ormhildur the Brave is a 2D animated comedy series intended for pre-teens
and the family market. The story has a sarcastic and magical sense of humour.
Yet the story has a noble aim; its intent is to make the audience question the human dominion over nature. The story parallels our modern day concerns of global warming and the environment but presents these concerns in such a surreal and ridiculous way that the audience is able to laugh.
The inspiration for stories comes from Iceland’s rich flora of folk tales and myths. 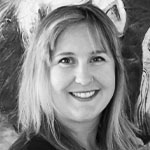 Thorey Mjallhvit is a writer, director and animator. She is based in Reykjavik, Iceland and has a BA degree in animation and a MA in creative writing. She runs the company Freyja filmwork and is currently working on several projects, including children’s comics, animated series and several short animated and live action films.

Heather Millard has produced a variety of internationally award-winning documentary films, feature films and television series. Her productions have been licensed internationally to broadcasters and SVOD platforms and released theatrically in numerous territories. Heather Millard is a member of the European Film Academy and was Iceland’s Producer on the Move in Cannes 2015. 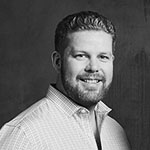