How to live happily ever after in the 21st century?

It’s 2022. Fairy-tale creatures as we know them are endangered species. Baba Yaga is going to court for her child-eating crimes. One of the last Water Goblins was recently found dead near Oldenburg, Germany, leaving their species on the brink of extinction. Sirens are getting unattractive. However, there’s hope! The famous anthropologist Juraj Andersen has studied these fascinating species his whole life, and he cannot let it go on like that. They won’t be overlooked anymore, not under his watch. He decides to produce a documentary series about nature, life and the unclear future of the different fairy-tale creatures. His weapons are truth, passion, and a low budget camera. But soon, he'll find out the biggest threat to the fairy-tale creatures…are the creatures themselves.

Director’s statement
In our series, the protagonists of fairy tales, the mythical creatures, are captured in their ordinary lives, stripped of the aura of mysticism and unattainability they had in the original stories. They face the camera, telling their stories and letting the filmmakers into their homes, minds and lives. As civilization progresses, these creatures slowly lose their original habitat and meaning and subtly disappear from the world. People are losing faith and moral scruples, forgetting how important our fairy-tale creatures are. We think that now, it is time to pay attention to them again. |

Gabriela Hloz (*1992) studied animation at TBU in Zlin and at Volda University College in Norway. During her studies, she fell in love with stop-motion animation and put all her passion into her master’s project, The Incredible Wardrobegadget of Dr Stein. The film has been screened at 45+ festivals since and is available on the HBO Go platform. In 2020, her film Crumbs was submitted for the Straight8 competition and won Cannes 8. Since 2018, Gabriela has been freelancing in illustration and animation.

Awards for The Incredible Wardrobegadget of Dr. Stein, 2019: 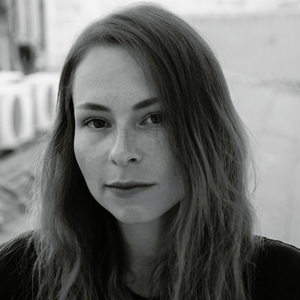 Alžběta Zatloukalová Göbelová (*1991) is an illustrator, animator, and filmmaker from the Czech Republic. She studied animation for six years at TBU in Zlín. Half of the year 2016, she studied at the department of visual arts of the Strzemiński Academy of Art in Łódź, Poland. Now she is working as a freelance artist and living in Prague.

Mária Môťovská is a producer from Slovakia, established in the Czech Republic. She graduated from TBU in Zlin and continued her master’s degree production at FAMU in Prague. Fascinated by the possibilities of art and creativity, she decided to focus on animated projects. Since then, she has made several successful films that were presented at major world festivals.