Short fairy-tale-like film about childish offendedness and the following feelings of injustice. And about how hard it can sometimes be to process these feelings, to make up and forgive.

Main characters of the film are two little girls and their kitten. They are playing with a ball, but after a petty quarrel they get angry with each other and take offense. Their umbrage makes then inflate like ballons, they fly all the way up to the clouds. Girls get stuck up there, with no idea how to get down. Umbrage and feelings of injustice suddenly breaks when they see their kitten in difficulty. In the end they find the way how to forgive each other, which is key to get back down to earth and save the kitten.

Director’s statement
A person learns how to forgive all of his life, even though he encounters this concept early in his childhood. The saying “to forgive is divine” always rings true, even if it is sometimes difficult. And for small children it is even more complicated, because they are just learning how to deal with their emotions. I am a mother of two little girls and I quickly found out how difficult it is sometimes, to explain them basic behavioral patterns. It is not easy for them to understand. “But why?” I hear all the time. “Well, because that is the right thing to do!”. “But why?” I would like to help little kids to understand what happens when you keep these negative emotions inside. To explain them, that to forgive is difficult, but it’s the key to solve the problem. The two main characters reflect natural behavior of small children. Every little child has an experience with a situation similar to the one depicted in the film, so kids in the audience can relate to the characters in the films. 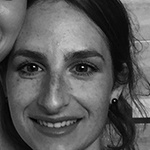 Alžbeta Mačáková Mišejková studied at art high school of Václav Hollar, where she continued with interactive animation studies. She received student award Griff for her animated short film “Slepice” in 2011. Currently she is on the maternity leavy with two children as she is finishing her studies at animation department at FAMU Prague. During her time at school she completed short films “In the clouds” (2012) or “Electricity” (2014). 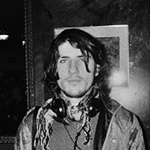 Jiří Pecinovský is finishing his master studies at film production department at FAMU Prague. He worked with prominent Czech producer Čestmír Kopecký at his production company První Veřejnoprávní. He is currently working in programme department of Prague International Film Festival Febiofest. Apart from that he is curator of VR section at Febiofest. He is one of the producers of a collection of four student films FOUR VOICES under MAUR film production.