For Katy and her friend Justin, adventures are never far away and neither is her otherwise grumpy aunt Cluckrissa, who used to be a secret spy.

Katy (8) is a lively chick with a cheerful disposition and a limitless imagination, who lives with her grumpy old aunt Cluckarissa (60+), in a small apartment building in a Big city. In the apartment above them lives Katy's best friend Justin Beaver, who is lazy and wants to spend most of his time on his mobile phone. On the rooftop of the block, Katy and Justin have a secret base that the rest of the residents - other than Confucius (30+), the janitor - are unaware of. There, they hang out, plan their adventures, and follow the lives of their favourite role models by watching celebrity videos. A mundane world always becomes full of surreal adventures and absurd occurrences. And there is also the mystery of aunt Cluckarissa being a spy in the old days, where she was fighting with her arch enemy Turkey, who wants to take over the world through social media. Everyday might seem ordinary, but through their eyes, it’s nothing but.

Director’s statement
The series Flying Katy will utilise a 2D cut-out technique. The art style is fun, playful and vibrant, polished almost like a vector illustration, but with a touch of organic imperfection. At certain points, it might even come close to the anime style, especially during scenes with potential dramatic reactions. In places, the action will be subtly emphasised with visual effects simulating hand-drawings. The content itself, especially when it comes to highlighting character expressions, will lead to appropriate directing devices: twists, zooms, pans, or in certain cases slow motion or time-lapse techniques. Shot composition and editing will vary: long shots will be interrupted by dynamic and intense cuts when the action reaches its peak, then slide back into calmer, longer shots. Throughout the series, we will use atmospheric soundscapes for the city, and the music will serve to highlight certain actions or story beats.

Jernej Žmitek (1981) is director, scriptwriter and animator, author of many animated short films and TV series. He debuted as director in 2014 with a short animated film Cipercoper/Zippity Zappity, which won the Vesna award for the best animation (Festival of Slovene Film, 2015, SI) and the Audience award in Elephant competition for young audience (Animateka, 2014, SI). In 2017, his second animated film was released – the sequel to the 3D miniseries Muri the Cat – Going for a walk, and in 2018 the third episode Muri the Cat – Lunch. In 2018, he started directing the 2D animated TV series How it grows… for preschoolers. 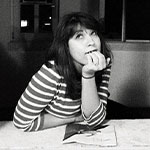 Maja Zupanc is a producer and assistant director at Invida animation studio. She is producing children’s TV series How it grows… made in 2D animation and short the animation film Mouse House.