The film follows a group of kids who escape toxic reality of pear pressure and social media bullying, finding refuge in the world of lucid dreaming. But not everything is as it seems ...

Faced with abusive behavior six friends seek escape into a world hidden in a special corner of dreams, inhabited by fantastic, magical, and strange creatures, using the method of lucid dreaming. It soon turns out that their escape from reality has a price. Faced with a choice between a world in which they are fantastic heroes and a world in which they are exposed to bullying, the group of friends starts spending more and more time in Dreamworld. The more time they spend there, the harder it becomes for them to leave. Their memories of real life start to fade, as well as their interest in reality outside Dreamworld. Eventually, the group faces the great creature Morpheus, real ruler of Dreamworld. built on the memories and dreams of thousands of children in comas, trapped in Morpheus’s maze. They engage Morpheus in an epic battle, in the end releasing that the only way to defeat him is to accept themselves as they are, and discard their avatars and Dreamworld.

Director’s statement
The film focuses around the problem of cyberbullying, which is the modern version of a classic school bullying problem that was a big part of our lives growing up and going to school as serbian nationals in Croatia during the war. Today, both directors are fathers with little daughters, which again brings into focus this very real problem that can have devastating effects. We will capture the older audience with the films atmosphere, graphical quality, deep layered story and character definition. A story told through the eyes of kids, that talks about friendship and growing up in a world where you can so easily lose touch and be pushed into isolation. Its a story of finding your inner strength, forgiveness and friendship. We envision a film that has high artistic value, born from an expressive world of short animated films scene. It will be an atmospheric unique film with a lot of character and emotion. 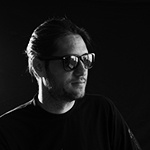 Milivoj Popović graduated at the Art Academy in Split in 2015. In 2005. he co-founded Lemonade3d studio specialized in 2d/3d computer graphics, which was re-branded as Prime Render Studio in 2019. He has been a member of film festival selection juries and produced short films that ware screened in all the major film festivals around the world, winning international awards including those in Annecy, Hiroshima, Animafest Zagreb, Ottawa, etc. 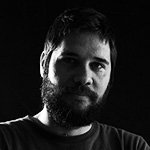 Veljko Popović graduated at the Art Academy in Zagreb in 2004. In 2005. he co-founded Lemonade3d studio specialized in 2d/3d computer graphics, which was re-branded as Prime Render Studio in 2019. He has been a member of numerous film festival juries and has screened his films in all the major film festivals around the world. His films won over 70 international awards including those in Annecy, Hiroshima, Animafest Zagreb, etc. In 2010 he became a tenured professor at the Art Academy in Split.

combination of 2D and 3D