In spring, Ket, a guitar playing cricket, along with his band entertains the fun-loving bugs. Meanwhile, Antoinette, heiress of the anthill nearby, lives a boring, hard-working ant life without music, which is forbidden. Ket and Antoinette meet by accident and develop affection for each other. When Antoinette finds out that crickets cannot survive the winter, she tries to warn them, but they pay no attention to her. Once she displays her talent for singing, crickets show interest in her. But the villain Antheodor abducts Antoinette and imprisons her in the newly built annex on top of the anthill, forcing her to marry him, so he could rule the ants. Led by Ket and the runaway ant queen Antlisabeth, crickets save Antoinette from Antheodor, and also overthrow the old superstition that music tears walls apart. The band ends up playing in the anthill during winter, while ants begin to appreciate music, joy and fun.

Director’s statement
Cricket & Antoinette is a project based on an Aesop's fable and a poem by La Fontaine, envisioned as an animated feature film in 3D with musical elements for children aged 7 to 10 and their parents. The project vividly describes two completely different worlds – the world of ants in which order, discipline and hard work are highly treasured values, and the world of amusement and creativity in which carefree crickets live. Which way of living is the right one? Should one be disciplined and oriented to work or happy-go-lucky and not worrying about the future? Two main characters, cricKet and Antoinette, when brought together, accomplish to overcome those differences. The point introduced in the story is to combine work and fun, to be tolerant and open-minded! The film will be made in 3D computer graphics by using the latest techniques of modelling and texturing in order to achieve the atmosphere and visual richness as well as the originality of artistic style. 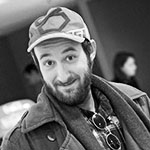 Luka Rukavina was born in Zagreb, Croatia in 1981. He holds MA in Dramaturgy from The Academy of Dramatic Arts in Zagreb and studied film directing at FAMU in Prague. His last two short fiction films are part of The National Strategy for Film Literacy, used in film and civic education. From 2013 – 2016, he directed over 100 short documentary forms for Kids and Young adults at The Croatian National Television and RTL. He directed Croatian Vocal Performances for 14 feature animated films by Dreamworks, Universal, Sony, Warner Bros. 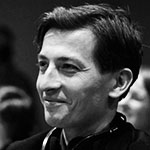 Dino Krpan, born in 1969, graduated in Product design in Zagreb in 1995. He established Diedra production company in 1997. He has worked on production of more than 20 animated shorts, 2 animated series and two animated feature films. Those projects were screened at more than 360 festivals around the world, and received 22 awards. He is active in teaching computer animation at VERN University in Zagreb.