Animated stories from the world of Lusatian and Sorbian legends and fairytales for children aged 4 to 6.

"What the Old Moon Tells" is a series of 4 minute animated films, each dedicated to a different character from Lusatian legends and fairy tales: the Midday Woman, the Waterman, the Will-o'-the-wisps, the Dragon, the Devil… … The farmer Jakubasch wishes to be richer than everyone else. The money-bringing Dragon visits him. But everything the dragon brings him has been stolen from others. Will Jakubasch manage to outwit the dragon?… The Devil wants to plough his field, but he is a choleric man. He treats his oxen so badly that they run away from him. The ashamed Devil cries and the furrows created by the oxen's plough fill with water. Is this how the Spreewald landscape comes into being?… And many others!

Director’s statement
Legends and fairy tales are an incredibly important genre of text. They contain wisdom that has been passed from mouth to mouth for centuries. In my search for suitable fairy tales to film, I came across the Sorbian ones. They enchanted me not only because they are less known, but also because of the special Lusatian landscape in which they take place. Our idea for combining this old cultural asset with the modern medium, is not a classic short film format. Visually, we imagine the series as a kind of "fairy tale peekaboo". The humorous plot takes place in this fantastic and magical world full of secrets. The mythical creatures and magic mix with our everyday reality. The devil cries, the dragon wants millet porridge. The result is humorously whimsical. The stories are entertaining, magical and at the same time instructive - as is known from sagas, they always end with an important moral. 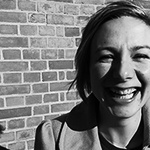 Experienced Animator and Animation Director with a demonstrated history of working in the motion pictures and film industry. Skilled in Storytelling, Character Animation and Concept Art. Specialized in creating Content for Children. 9 years of diverse experience – from Directing Commercials to VFX for Feature Films. Born in Poland, has lived in 11 cities from Norway to Mexico. MA in Hispanic Literature and March 2019 Diploma in Animation at the Filmakademie Baden-Württemberg. 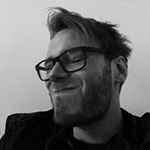