Madrid 1938, Spanish Civil War. A militiaman, traumatized by what he just experienced, and a young idealist french war journalist cross their different visions and feelings on the war.

Madrid 1938, during the Spanish Civil War. A Republican militiaman, Juan, traumatized by what he has just experienced, meets a young French war journalist, Diana, in the mountains surrounding Madrid. The reporter’s militant and idealistic gaze will be confronted with the story of the war as Juan experienced it, in the company of his superior and friend Matias, with a dreamlike and fantastic descent into the depths of human violence.

Director’s statement
The film tells the story of two complementary visions of the war: the militant and idealistic look of Diana, who came to Madrid to tell the world what was happening there and to stop fascism in Europe, while staying in a certain comfort zone and having the freedom to return whenever she wants. And that of Juan, enlisted in the popular militias for vital everyday concerns, defending their land and their freedom, without imagining what take up arms means to in terms of atrocity. He confronts himself with the necessity of having to kill, and abhors all forms of violence. The fanatical ideology of his friend Matias, although he came to defend the same ideals of the Republic, deeply divides them. The film hopes to provoke reflection on the multiple and complementary realities of war, and on the suffering caused by armed conflict, beyond camps and ideologies. 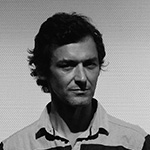 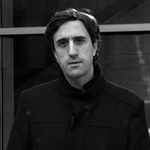 Daniel V. Villamediana is a director, film critic and scriptwriter, born in Valladolid in 1975. In 1998, he co-founded the magazine “Letras de cine”, and writes regularly in La Vanguardia, So film, or the magazine MK2. He holds a PhD from the Faculty of Human Sciences of the Pompeu Fabra University. 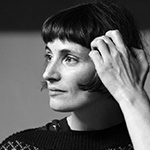 Their first feature «Abrir puertas y ventanas», by M. Mumenthaler, won the Pardo d’oro in Locarno. Their documentary «The Laundry room», won the Grand Prize SSR at Visions du Réel 2014 and «A german youth» by J-G Périot opened the Panorama competition at Berlinale 2015. They present «La idea de un lago», in Locarno 2016, and Luis Lopez Carrasco’s «The Year of the Discovery» is presented at Tiger Awards in Rotterdam Festival and wins the Grand Prix at Cinéma du Réel and 2 Goyas.