They found a ray of light and fought their way out of the darkness of depression. These are their stories.

A very small light can pierce even the darkest shadows... Starting with hope is a collection of testimonies : personal short accounts about the battle on depression accompanied by digital content. Depression can reach any age group or social class. Concentrating on the moments that have helped people conquer the disease each episode will tell a different story. One of those stories is Christopher’s. Diagnosed with chronic depression by his psychiatrist, he suffers from social phobia, he stops going to school and now sleeps 18 hours per day. He finds refuge in video games to avoid being sucked up by the black hole of depression he can actually see gaping in front of him. Third suicide attempt. « This has to stop ! » he thinks. It’s the trigger for him to seek help. He’s going to follow therapy to fight the illness. He won’t let this black hole ruin his life anymore.

Director’s statement
When Kèota Dengmanara, the producer and creator of Starting with Hope asked me to join the team, I was thrilled to work on a project that can give a glimpse of hope by showing amazing testimonies of healing from depression and by giving a voice to people who’ve won against it! The term depression covers a known reality, mysterious to the public. Depression is being depressed. But still? I was struck by the growing number of cases and by the diversity of profiles. Through a personal and visual narrative, using striking metaphorical images, we depict their journey. Through animation, this inner world in which people suffering from depression are trapped in, becomes visible. Depression is materialised. We want to represent the uniqueness of each testimony. Thus, each episode will have a different art style, its own musical style, and will be narrated, if possible, by the protagonists of the stories. 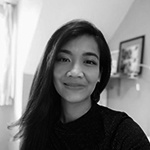 Kèota Dengmanara is the founder of MOUKDA PRODUCTION. Kèota and Diana Hentulescu, her associate met on the school benches of Gobelins in 2014 during the license Management of audiovisual production. Graduating HEC Entrepreneurs Specialized Business Master via the fighters program Nos quartiers not des talents, Kèota is now working to develop Moukda Production actively searching for content to produce as well as business partnerships. 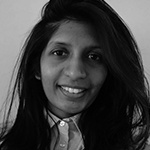 Sonia Velvien studied french literature and cinema. As a screenwriter she works on different projects such as TV series, documentaries and shorts.
She also works as a director and an editor in freelance.