Ten stories of international athletes who have shown the world that Some of Us can also fight for ideals, stand up for what is right, and face up to the world where white able-bodied heterosexuals are the norm.

Some of Us is an animated documentary series which tells ten stories of international athletes facing discrimination on the basis of origin, gender, sexual orientation ... Women, men – and also an intersex person – young people, and less young, athletes of today and of yesterday, of different nationalities, all disciplines combined. The diversity we are aiming for is important because it shows the extent of the issue and is also a guarantee of international potential. To deal with the unspeakable, we mainly use animation that mixes real-image with archive footage. The result is atypical, beautiful, evocative and engaging films with an immediate social impact.

Director’s statement
Having a diversity of athletes shows the scope of the issue. This desire inspires a treatment that favours animated illustration in an aesthetic that calls to mind graphic novels: this is a way of promoting increased identification on the part of the viewer, of generating an emotion which is particular to drawing and which means that the other is a little less “other”. In contrast, archive photographs and films are inserted into the graphics environment and highlighted using an original writing style, and each story is told in the first person, in voice-over, by the episode’s main character. We won’t organize the characters by chapter or the specific form of discrimination encountered: one person can have faced multiple forms of discrimination and these discriminations cannot be used to define people. By means of a common graphic design, each episode will exist in its own right, so that the viewer may realise to be face to face with an individual who has given the very best they have to give. 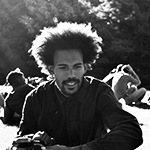 Jean-Charles Mbotti Malolo graduated from the Émile-Cohl school. In 2008, his film, Le cœur est un métronome, a choreography between a father and his son, won the Best First Film Award at the Hiroshima Festival. In 2014, Le sens du toucher combined the aesthetics of dance and the language of signs. It has distinguished itself with around twenty international prizes. In 2020, Make it Soul, the story of James Brown and Solomon Burke, was nominated for the César for best animated short film. 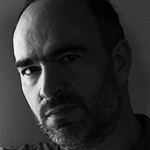 After many years of producing documentaries and interactive projects for various companies including Les Films d’Ici, Laurent Duret founded his own company, Bachibouzouk, in 2015. It produces high-quality documentary programmes, experiments with innovative narrative forms and is driven above all by a desire to venture out into the world, with a smile on our faces and curiosity in our hearts, to understand it better.