Red, an extravagant, Eastern-European millennial high school girl develops a crush on the school’s awkward IT guy, which prompts her to reevaluate her opinion about fame and personal relationships.

Red is a 16-year old high school student in the 2000’s. After the death of her mother, she is raised by her extroverted father, who looks down on anyone, who is a “loser” in his eyes. Based on his teaching, she takes every opportunity to become the center of attention, though she mistakes her classmates’ amazement to be love. One day, she gets an opportunity to appear on a television program. In order to do this, she needs the technical aid of the school’s grumpy IT guy, "Mr. Toad." The eccentric man is the first person who can see through the shallowness of the girl. Red’s initial antipathy eventually changes and she begins to appreciate his honesty. This new experience turns into a deep crush for Toad, who at first gives in, but later on, he chases her away in a humiliating way. Red is now disillusioned in Toad attitude, but at the same time, she can’t relate to her father’s attention seeking either. From these two experiences, she begins to develop her new, empathic character.

Director’s statement
Senior Crush is an analogue rotoscope animation that has a rough and insecure style, just like being a teenager. The style’s peculiarity defined by the "sketchy" and childish pencil drawings. While the colors, objects and costumes of the characters are coherent, the style of drawings could change based on their emotional changes. Besides being a coming-age story, the film also illustrates the everyday life of a Hungarian teenager in the end of the 2000’s. Red’s attempt to seduce the much older Mr. Toad may seem outrageous, but instead of being dramatic it appears spiced with black humor. The film can be tied to Ghost Word (2001), that also talks about serious issues through satire. A close visual reference to this production would be the works of ShiShi Jamazaki japan animator, who also works with rotoscope technic. 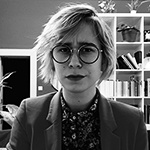 Orsolya Richolm was born in Hungary in 1993. She spent her high school years outside Budapest, then she returned to the capital where she attended the University of Theatre And Film Arts, majoring in dramaturgy. Orsi started creating analog animation at home, and this hobby has grown into a passion. While she had never completed any animation course, she constantly try to develop. It is her aim to combine her screenwriting experience with her knowledge during larger animation projects. 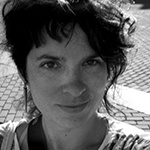 Andrea Ausztrics is a creative producer with a background in Culture Anthropology and Film Studies, she also holds a PhD in Social History. Since 2003 she has worked across several production roles on her way to become an independent producer. Her main focus are documentary films and animations with a special interest in identity issues, cultural heritage and minorities. She has a broad experience in different genres of moving image and she truly believes in interdisciplinary projects.