Mankind decides to colonize Mars. The research Robot is sent from Earth to build there a base.

A reconnaissance Robot is sent from Earth to build a base on Mars for future expeditions. While exploring the Red Planet he meets a tribe of natives. Charming and curious creatures seem to be an interesting object of observation and research. But their childlike nature, inborn malice and unlimited desire to play are a challenge for a mechanical scientist whose countless attempts to investigate the nature of the planet and its inhabitants invariably end in a miserable failure. The series can be summarized as a comedic clash of technology with tribal carefree and children’s naivety - at the same time in each episode we include a short one an educational insert that explains further phenomena and related concepts with space, astrophysics and a prepared expedition to Mars.

Director’s statement
Over the past few years, we've heard a lot in the media about the planned manned expedition to Mars. We've seen several films and television series about this ground-breaking event. Such demonstration of the human capacity to conquer outer space often makes us feel good about ourselves and forces us to ask the question that occasionally arises in the back of our minds: What if there's life out there? A potential encounter between creatures inhabiting Mars and a mechanical envoy of mankind, a scout / robot, is a tempting and inspiring theme, especially for fans of sci-fi comedies. That's how the idea for "Robot and the Martians" was born. On Mars high-end ultra-modern super-robot meets gel-like mischievous silly creatures who, as it turns out, have inhabited Mars in a quasi-tribal society for many years. And they have no intention of allowing themselves to be colonised. This will certainly be no easy mission for Robot. But it will be plenty of fun for the kids watching our series. 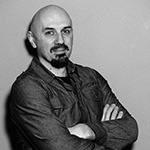 Tomasz Niedźwiedź – producer, director and scriptwriter, co-founder of the postproduction studio Badi Badi. Tomasz is an author of concept and the director of the animated series Agi Bagi and The Flying Bear. 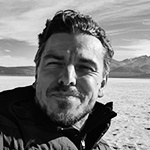 Mikolaj Valencia graduated from Lodz Film School in Cinematography, Animation, and Special Effects. For years, he has worked with major agencies such as Saatchi-Saatchi, Ogilby, Publicis, Gray, and others for advertising. He has also directed 1 episode for the series “Box & Ball” (prototype of “Robot and the Martians” series). 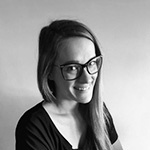 Production manager and producer with nine years’ experience in the animation industry. Responsible for the production of animated series: “Agi Bagi”, “The Flying Bear,” and for projects in the development stage: “The Guardian of Legends” (3D, full-length movie), and TV series “Robot and the Martians”, “Witty Kitty” and “Giggle Wiggle”.