Not ashamed you were in prison, ashamed of our relationship now.

A short film about ties and gaps between a child and a parent. Through the film, Diana, the author rediscovers how the connection between herself and her dad fell silent. Dad used to write to her letters of love from prison. Now, 15 years later Diana answers them. She still blames him for the family ́s break-up but also tries to understand.

Director’s statement
Love, Dad is an animated documentary about losing the connection with my father and me trying to win it back. In the past, me and my dad were separated by prison bars, these days we are separated again – this time emotionally. When I read his old letters to me, I realize how distant we have become since then. I am sorry for the distance, so I try to understand his deeds better and open up again. The film is built around a voice-over presenting our letters. The image plays with the material of the letters and those „tie-gap“ symbolic.  Through this film I am rediscovering my dad‘s love for me. Making the film is an inner process – my words to him and the picture of the film mould each other back and forth. Letters connect the whole film visually and conceptually. We use a combination of several animation techniques and live-action to enhance the authenticity of my personal story. 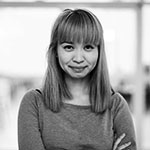 Diana Cam Van Nguyen is a Czech-Vietnamese film director. She is a student at the Department of Animation at Prague´s Film Faculty of Academy of Performing Arts. Her previous short films The Little One (2017) and Apart (2018) were presented at dozens of festivals, The Little One competed as a finalist for ECFA Doc Film Award, Apart was among the three finalists for BAFTA Student Film Award. Diana took internships in Birmingham and Lyon, was an artist-in-residence in Vienna. Love, Dad is her graduation film. 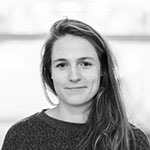 Karolina Davidova is a Prague-based film producer, experienced in short animated films. She graduated in arts management and film production and produced shorts such as Diana Nguyen´s The Little One (2017) and Apart (2018) or Filip Blazek´s Days Off (2018). Recently, Karolína co-founded the 13ka company focusing on creative development and producing of auteur shorts and family features.