A boy entering teenagehood runs from home to join the yearly local carnival.

Tine quarrels with his mother because she doesn’t let him join the evening carnival. In his room he improvises a costume and discreetly escapes through the window, departing with his bike. Until the sunset he rides in solitude from village to village, looking for the carnival. As night gets dark he almost gets run over by the caravan, that is on its way to the carnival. He follows it deep into the woods, where he gets thrown at with various chunks of paint. His tire bursts and the caravan leaves him behind. Surrounded by nocturnal animals he then walks through the woods, following the light of the caravan coming from the other end of the forest. When he reaches the light, the carnival is at it’s peak. He rushes into the crowd full of masked people, who frighten him and smear his costume with paint. With struggle he reaches the centre, where an unworn costume of ‘Kurent’ awaits. He puts it on and joins the celebration, feeling connected with people around him for the very first time.

Director’s statement
The film is an attempt to visually describe an internal liminal stage of life, where childhood starts to feel out of reach and teenagehood gradually starts entering. The setting derives from my childhood, which was spent cycling around the countryside environment, feeling absorbed by the nature surrounding me. For an introverted person, the yearly carnival we call ‘Pust’ was one of the brief moments where I actually felt present amongst other people. The title of the film is based on one of many distinct masks that is worn on the carnival. ‘Kurent’ is the most known one in Slovenia. The story is interlocked with this specific part of Slovenian cultural heritage and its celebration of youth and fertility. My aim is not to be historically accurate but rather give a nod to it and maintain its spirit. 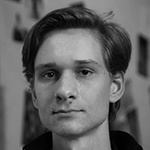 Miha Reja attended Art Gymnasium of Nova Gorica. There he spent his free time toying with musicmaking and storytelling, wishing to create a narrative package. Focusing solely on illustration was too limiting and films seemed too ambitious. He enrolled in School of Academy of Arts University of Nova Gorica, where he discovered his passion for animation. After finishing an award-winning short film in his second year, he now aims to create longer and more complex pieces. 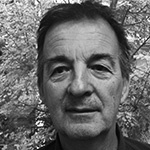 Boštjan Potokar is the Dean of UNG School of Arts and co-author of its study programmes, co-creator of several educational programmes, as well as the organizer of a number of cultural projects. In 1994 he co-founded the predecessing Famul Stuart School of Applied Arts which later evolved and joined the University of Nova Gorica.