The 19th-century portrait of my great-grandmother, a woman with facial hair, disappeared from the wall of my grandparents’ house.

In the hallway of my grandparents’ house, there was a portrait that always intrigued me. One day, it was gone. It was my great-grandmother, who had a beard and a moustache at a time when this was considered a sign of strength, power and even sensuality by the opposite sex. It was that empty space on the wall that made me try to figure out who the culprit of such disappearance would be. Among globally known bearded men and figures with no hair up their nostrils, I ended up figuring out that the one responsible was right under my nose.

Director’s statement
I have been working as an independent animator since 2013 and during this time I tried to explore and develop projects with different themes and techniques.  With In Her Face I have a special connection because it starts with a portrait that belongs to my family. As the portrait was hidden some years ago, most of my relatives do not know anything about the lady featured. It just so happens that without this lady we would not have had one of the things that links us all - my grandmother’s house. At the same time, this project will give me the opportunity to combine some of the animation techniques I’ve been perfecting through my previous films and new ones that I’m looking forward to explore such as wool puppets and stop motion. The project aims to explore the relations between gender, power, family and also to reflect over the changes in the female role throughout history. 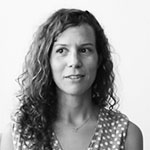 Margarida is an illustrator and animator based in Lisbon. Her first contact with light boxes and peg bars was during her exchange year in Poland. After that, she studied Animation in Barcelona and worked on some projects in Colombia, Mexico and Portugal before starting her own company: Pickle Films. The Prisoners, Mrs. Funfia and Playing Death are some of her last short films that have been selected and awarded at several international film festivals like Anima Mundi, Cinanima, Zinebi and Tricky Women. 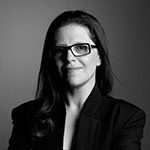 Ana Paula Catarino joined BRO Cinema at the beginning of 2020. With over 25 years of experience working in New York and São Paulo, Ana Paula has worked on award-winning projects and for global brands like Google, Netflix, Nickelodeon. She co-founded and ran Oca Animation, where she developed and produced original shows for Cartoon Network (Ginga) and Youtube (Itau’s Mão de Vaca). In 2017, the short film Animals premiered in Annecy and collected more than a dozen awards.