In 1970s New York, a hitman for hire must find his abducted sister, and remember that he once was Apollo – God of Light, Music and Healing.

The Elixir of Immortality kept twin brother and sister Paul and Emma going through the ages, but is now all but gone. To make things worse, the two are cursed with the sins of the past. As penance, they have to chase down each and every solar eclipse, or they will both die. Paul – fallen so low that he is a hitman for hire now – loses Emma to unknown assailants while racing to the solar eclipse in Ephesus. He sets out to find her before the next one. The road to redemption leads Paul to the 1970s New York, where he will face other surviving members of their ominous Family, and find his way through a maze of corrupt cops and clergy drawn in by the promise of eternal life. Desperate to get his sister back, with a young and very inquisitive policewoman hot on his trail, Paul must confront his own guilty conscience and remember that he once was Apollo – God of Light, Music and Healing.

Director’s statement
Immortal is an action-fantasy that transposes ancient Greek mythology into the modern day setting. It is fast moving and atmospheric, done in the slick and sexy comic-book style of Jim Holdaway’s Modesty Blaise or Alex Raymond’s Rip Kirby - and feels like Jason Bourne or John Wick. The premise originated from a series of questions: "What if the ancient Greek gods were alive today? How would they fit in? And, are they indeed - gods?" We want to dethrone the pantheon and make them misfits and outlaws desperately trying to survive while searching for their lost identity. A brother must find himself while he searches for his sister, locked in the battle that transcends boundaries of space and time. And time is running out. In Immortal, the ticking clock from Zinnemann’s High Noon takes the shape of the total solar eclipse looming in the sky. Our Wild West town is made out of crumbling marble. And our characters must chose between immortality, and doing the right thing. 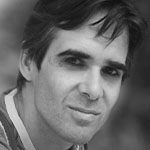 Kristijan Petrovic is a commercial and film director, art director and CG artist born in 1974 in Frankfurt, Germany. He graduated in design from the University of Zagreb in 1998. He has co-founded several production / post production companies and advertising agencies, and has directed and overseen production and postproduction of various commercials, short films, show openers and motion graphic packages (78th and 80th Oscars Show Open, NBA Finals Intro, NBC Monday Night Football Intro). He has won numerous awards, including a Primetime Emmy. 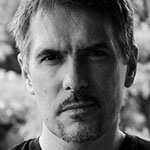 Renato Grgic is a producer and creative director born in 1973 in Zagreb, Croatia. He graduated in political science from the University of Zagreb in 2001. He has co- founded several production / post production companies and advertising agencies, and has created, produced and co-directed a large number of advertising campaigns, TV commercials, music videos, short and promo films and show openers (78th and 80th Oscars Show Open, NBA Finals Intro, NBC Monday Night Football Intro). He has won numerous awards, including a Primetime Emmy Award.