Creatures in hoodies (cloaks) and sunglasses living their daily life in a timeless, surrealistic environment.

The idea is to create a dreamlike universe with a surrealist, timeless atmosphere, where all the creatures look alike. Their purpose and their relationships are mysterious, and changing from time to time. This is not a narrative story and it does not have a protagonist. It shows a cult's everyday life; their activities are mostly connected to our human world, but sometimes it is surprisingly and randomly different, magic-like. The shots have a particular connection to each other, but the logic is not always consistent. What is hidden between the lines, is that these creatures are waiting for some kind of a messiah, a leader, who never comes.  The most important components of this world are irony, surprise and inclemency. The scenery contains sterile, sci-fi-like towers and puritan, medieval buildings, to emphasize a timeless environment.  The film is built on contrasts – it is something we are familiar with, but we do not exactly know what the background is, and neither do the people in the story.

Director’s statement
What if I create a fake society, which has a history, mythologies, a certain origin, and I try to pretend that it is known? We all have habits, customs and rituals that we practice day by day, and never really question them, we just accept them the way they are.  I realised that my way of thinking makes me a minority on a bigger scale, but I also live in a bubble, surrounded with people who share my opinion. And this bubble could refer to the world of hoodies and sunglasses.  If you think about a cult, usually something negative, creepy comes into one’s mind, referring to people who are totally brainwashed and a group offering sacrifices to their gods or ritually committing suicide. Still, the stories about unusual cults are interesting, they certain myths which fascinates me. I imagine this short as some kind of a fake documentary about these people, who do not do anything extraordinary, but the possibility of something magical to happen is always conceivable. 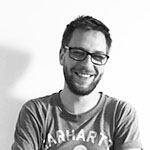 Fabian Balogh was born in 1990 in Szeged, Hungary. He obtained the BA and the MA from the Moholy-Nagy University of Art and Design, Budapest between 2013 and 2018, and graduated in 2018 as an animation film director. Between 2016 and 2018, he was working on his graduation short, Our House, which was shown at several film festivals in Hungary, Slovakia, Israel, Russia and Japan. In 2019-2020, he participated in an international animation workshop called ASF. Now a freelancer, he has started teaching at MOME and developing a new short film. 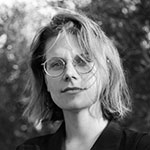 Manon Messiant is a French producer based in Paris. After studying political sciences, she worked as a production secretary on the sets of arthouse features (Desplechin, Verhoeven). Then she became a production manager on several projects for Kazak Productions and Sacrebleu Productions. She worked with Gabriel Harel, Céline Devaux, Michaela Pavlatova and Anca Damian among others. In 2018, she joined Iliade et Films, where she develops and produces animation short films and series.

Young adults or anybody who's up for a surrealist journey