Stranded in a remote mountain cabin, a woman celebrates New Year’s Eve. As a snowstorm descends upon the remote lodge, an old and frightening entity is creeping nearby.

Out of competition Pitching Session

Romania. The early 90’s. New Year’s Eve. A woman visits an isolated cabin in a remote mountain region in search of solace for a painful event from her recent past. As she returns from a day’s cross country ski ride, she sets up for a cheerless New Year’s Eve celebration, only to become stranded by a fierce blizzard. While inside she is forced to confront her inner demons, an ancient and terrible force is waiting outside.

Director’s statement
Happy New Year will be a film about loss, about memory and its extinction, a lamentation of the irreversible passage of time. It is a vision of solitude, as its main character flees the city to isolate herself from a haunting past. At a time when most of the world seeks refuge from the troubles of the year in the company of others, she looks for solace from a deep pain in the overwhelming loneliness of nature. And in such a place memory might turn into vision, vision into dreams, and dreams - or nightmares - into reality.

Radu Gaciu is a Romanian film director. Born in 1984 in Cluj-Napoca, Romania, he graduated graphic arts at the University of Art and Design in Cluj-Napoca. His debut short, Death and the Knight – a 35’ animation – was released in 2020. 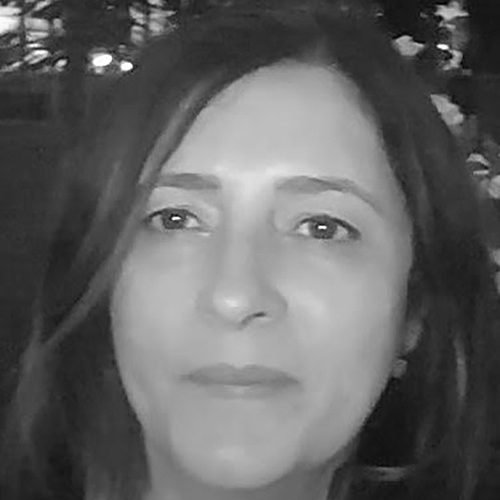 Adriana Bumbeș is a Romanian film producer. She has extensive experience, having worked over the past 16 years either as producer or as a financial director with several major romanian studios, such as Libra Films, Mandragora Movies and Kinotopia.