Grizzlebetter, the crown prince of the last kingdom of the stone people becomes friends with their enemies from the Green World. After various adventures they overcome their differences and begin co-existing in peace in harmony.

The trocks from the last remaining stone people's kingdom on Earth Volcania are in constant battle with the plants and the animals of the Green World. Volcania's crown Prince Grizzlebetter is misunderstood and rejected by his own family and his people for becoming friends with the enemy. The shaman Toramat is determined to make Volcania great again and get rid of the Green World "polluting" their kingdom. His sick ambitions cause destruction and riot with terrible consequences. With the help of the Green World and the humble dum-dullies a long-lost secret is revealed, causing both worlds to end their fight and agree that the best solution is to live in harmony. The balance is restored and Grizzlebetter becomes the key to peaceful and mutual acquaintance and useful coexistence of stone people, plants and animals. Only Toramat remains skeptical of the future of this idyll.

Director’s statement
In their efforts to follow their ancestors' testament strictly, the stone people trocks lose grip with reality. Instead of protecting their kingdom they trigger a volcano eruption and burn the library in a desperate attempt to fulfill their ancestors' will, achieving the exact opposite. The most important covenant of the past- to live peacefully and in harmony with nature, loses its value. Traditions carry a purpose and meaning and should be understood and respected, not followed blindly. What is happening to our environment now is quite similar- we forget bigger issues and focus on mundane, trivial things as friends become enemies in search for power and personal gain. The challenges the trocks face will hopefully resonate with the audience's own struggles. The screenplay has storylines that will appeal to a more mature audience as well. The protagonist's adventures are extravagant and pose existential questions. The goal is for the audience to recognize these problems in the present. 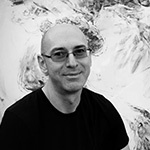 Bronislav Likomanov was born in Sofia, Bulgaria, where he studied art design at Apply Art High School and took his B.A. of animation filmmaking from the National Academy of Theatre and Film art. Broni currently lives with his wife and children in Studio City, California. He has been working as an artist in the animation industry for over 20 years for such companies as Disney, Universal, Klasky Csupo, and Loonland. He has been nominated for an Emmy twice. 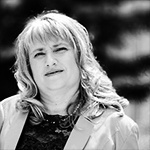 Tania Assova is a producer, line and executive producer for commercials, animated films, music, educational and corporate videos at “Zographic Films” with more than 20 years of extensive experience. She is responsible for organization and coordination and is actively involved in all of the company’s production. She participated in international forums. Many of the films she has worked on got selected at the national and international level competitions and festivals.