Based on a true story, Finding Frida explores the strength in the creative power in us humans through a virtual encounter between the female artists Frida Hansen and her great-great granddaughter Cecilie Levy, born one hundred years apart.

Deep in the forgotten corners of a run down house lingers the ghost of Frida, a turn-of-the-century tapestry artist and entrepreneur. Dwelling in the shadows of her atelier, she ruminates on her life choices and artistic career that came at a cost. When a little girl turns up in her atelier, after getting lost in the corridors of the old house, she urges Frida to tell her life story. Together, they revisit Frida’s past using her colorful, imaginative tapestries as a portal. She also gets to see how tragedy can be a source of creativity and a burden of guilt at the same time. Both Frida and the girl are changed by their adventure. Frida can let go of her guilt and embrace life as meaningful, and the little girl has connected with a role model that will be a source of inspiration and strength later in life. Finally, the identity of the story’s narrator is revealed, as being the girl’s future self, reflecting on the memory of her great-great grandmother and how it has influenced her.

Director’s statement
A cold winter morning in 1883, young Frida Hansen, a privileged wife and mother of three, walks into her winter-garden and snatches off a precious, white camellia. She presses it firmly between the pages of a bible. «It was a funeral» she says, years later. «Now I have buried my passion for flowers, perhaps the whole of my previous life». The night before, Frida has been informed that the family-company has been declared bankrupt. In addition to all her worldly goods, within two years, she tragically loses two of her children in town epidemics. Over the years, Frida Hansen reinvents herself and becomes an internationally acclaimed tapestry artist at a challenging time in history, as a working woman. Soon after her death her career is mysteriously forgotten - until now. Finding Frida is an animated immersive VR-experience where the expressive avant-garde artworks of Frida Hansen, leads the audience into a beautiful, tactile world through the past and present, works of art and reality. 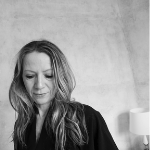 Award-winning documentary director and cinematographer with a Bachelor in Photography & Imaging from Manchester, and History of Art from University of Oslo. She has worked in documentary films since 2004 in her own production company, Mica Film. Among her work as co-director, cinematographer and producer are the award-winning documentaries Harvesting the Wasteland and Solace. In 2019, Kjøs received the first Norwegian funding of a VR-documentary from the Norwegian Film Institute. 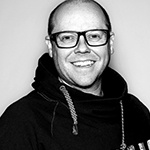 XR Producer living in Oslo. Has worked for over 10 years with interactive productions, and long professional experience with high-end AR / VR productions, from exhibitions, documentaries, commercial productions and music videos and short films. Is Co-founder of Stargate Media. Bachelor’s degree focused in Media Technology from Lillehammer University College / Lillehammer University College (HiL).First producer to have got funding from Norwegian Film Institute for a XR documentary project.

Cecilie Levy is a scriptwriter educated at the Dutch Film and Television Academy. Her short film Mimoun was nominated for an International Emmy® Kids Awards and won the prestigious, European PRIX JEUNESSE and the Lucas award. In 2018 she was granted a four-year scholarship to do practice-based research into storytelling for virtual reality.