Amel, 12 years old, has to leave. This is not a matter of choice. His country is at war. The story follows the child's journey to Paris and his meeting with Bacem.

One day, the decision is made: Amel, a 12-year-old orphan, will leave. This is by no means a matter of choice: her country is at war. Unfortunately, nothing goes as planned. At the border, Amel loses the family who are accompanying her and finds herself alone. Along her way, she meets Bacem, an army deserter and oud (oriental lute) player. Together, the child and the former soldier navigate through the pain of exile and learn to rebuild themselves.

Director’s statement
As in my previous creations, childhood is a theme that I have at heart to defend by using the evocative power of images. Animated cinema, drawing and music are for me the only mediums able to denounce with modesty the atrocities of war, while expressing the hope, beauty and imagination of a child. The story has two stories that we follow in parallel: that of the reality experienced by Amel and Bacem - their meeting, their exile from the East to the West, Amel's desire to become a musician - and that of the world of birds, interwoven into the main story. In the latter story, the birds go in search of their kidney, the mysterious "Saêna", and realize that the one they were looking for is none other than Amel. Serving Amel and Bacem's quest for identity, the two plots intertwine and complement each other, until they meet again at the end of the film. 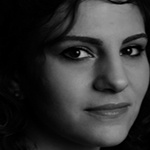 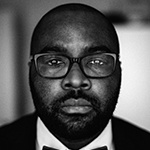 Sébastien Onomo is a French producer graduated from INA (National Audiovisual Institute). In 2015, he created the company Special Touch Studios, in which he is President and the major shareholder. Among the twenty or so film and television projects produced by him, we can mention Le Gang des Antillais by Jean-Claude Barny, Ebony by Moussa Touré, or more recently Funan by Denis Do (Cristal of the best animated feature film at Annecy International Festival 2018).