The film „Autumn” is an original, metaphorical story about fundamental existential questions about the purpose of existence, the nature of man and his place in the world, both ontological and strongly empirical sense.

Autumn is a project based on the observation of nature, relating directly to memories of this season, in the sphere of building the scenery and drama, as well as in the sphere of semantics. The film takes place during one day in the fall. It begins in the dense, morning mist which form a sophisticated background for the mystery filled motion and rhythm of birds flying past. The migrations of birds create a masterful spectacle, a form perfect in motion, image and sound, complemented by symphonic music. Subsequent scenes, shown against a backdrop of gusty wind, amongst unruly clouds of falling leaves and heavy torrents of rain, reveal a gradual, yet unremitting destruction of the form. Birds die, vegetation withers away, man grows old, loses his loved ones, to ultimately also die. Unfortunately, death is not yet the end of the film’s journey. We still get to observe man’s departure into the afterlife, where the funeral cortege is formed by demons who lead the man straight to hell.

Director’s statement
The film’s concept is the author’s original interpretation of fall, in simple terms understood as life, arising from an observation of reality, reaching to memories, histories and archetypes within the arts. It is a kind of study on the experience of human emotional states. The film is a story of loss, the hopeless tale of life, experience of grief. The proposed film project assumes utilizing the characteristics of the fall season as a setting to present scenes, while the observation of reality provides the drama. The inspiration for constructing the film’s scenes is a look upon the world from the perspective of the titular year 2020. Although, for a more complete identification of the meaning of fall, we can also find historical and iconographic references, e.g. to 19th century events of natural history, showing the extinction of the passenger pigeon, at one time being the most common bird species on Earth, whose numbers reached several billion per flock. 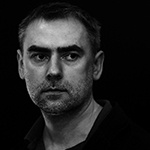 Wojciech Sobczyk born 20 04 1974 in Piotrków Trybunalski. Director of animated films, screenwriter, author of graphic designs for films. Currently, lecturer, assistant professor at the Animated Film Studio of the Academy of Fine Arts in Cracow. Graduate of the Graphic Design Department of the aforementioned school, doctor of art. Wojciech Sobczyk deals in artistic craft in the field of animated film, drawings and graphic design. 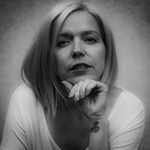 Film producer from Krakow, Poland. From the beginning as a producer and executive producer she realized several feature and documentary films. On her initiative in 2015. Krakow Film Klaster – a film production studio from Małopolska was created. She has been its president and supervisory producer since the beginning. In 2016 Aneta Zagórska initiated the Małopolska Debuts Studio – a program supporting young filmmakers in their professional documentary or feature debut. 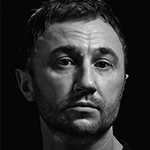 Director of animated films and producer, born in 1972 in Cracow. Currently head of the Animated Film Workshop at the Academy of Fine Arts in Cracow. He deals in original animated film, painting and photography. In his animated films he uses the language of associations and visual creation. Robert Sowa is also an author of multimedia projects which combine animation with contemporary music, among others. He has also worked on the creation of many feature films and documentaries. He is a lecturer at the Institute of Audiovisual Arts of the Jagiellonian University. He conducts classes, workshops, and project execution at foreign universities, including the Center for Digital Arts and Experimental Media (DXARTS) University of Washington, Seattle, USA.