Anselmo's imaginary adventures as he tries to answer the question “What do you want to be when you grow up.”

So children, what do you want to be when you grow up? This is the question the teacher asks his students at the beginning of each episode, is not an easy question for Anselmo, a very imaginative 11-year-old boy, who tries to find an answer as his imagination turns him into a footballer, a mayor, an astronaut, a pastry chef … with his own fantasy, he create a reality in which he finds himself dealing with the most common or the most absurd professions in the world. The different jobs offer an inexhaustible source of obstacles that will test him and trigger the comic misadventures, in constant competition with Letizia, his intelligent and precise classmate, who seems to exist for the whole purpose of making Anselmo appear even more inadequate. All the professions are described in a comical way, with paradoxical and delirious traits, but at the end of each episode Anselmo will always achieve success by mastering every skill.

Director’s statement
“Work” is an important subject with which we all have to deal sooner or later and it is just from our childhood that we planted the first seeds that led us to take all the necessary steps to become what we are today. Anselmo wants to give children ideas, alternatives, to take less obvious routes in life, maybe foreseen or which they never have thought of. But above all he wants to say that there are no bad or humble profession, but that any job if done with passion and dedication can be the greatest job ever. Indeed, no matter how many misadventures Anselmo will have, at the end of each episode through perseverance and creativity he will always be successful and triumphant, and this leads us to another important message of the series: failure is a part of the road to success, there are no easy roads, kids should learn to take every fall as a teaching and always keep on trying. Finally just look at Letizia's success to get another important theme: there are no female nor male jobs. 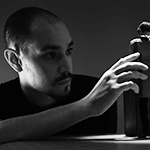 After graduation in Literature, Music and Show Business at La Sapienza university of Rome he majored in animation at the Centro Sperimentale di Cinematografia in Turin with the short film Imperium Vacui (2014). In the following years he worked as a freelance making commercials, commissioned films and his animation shortmovies Lo Steinway (2016), Water Hunters (2016), Corkscrewed (2019). He teaches animation and he’s co-founder of Ibrido Studio.

After graduating in Biology in 2015, Federico starts off directing and producing several fiction shorts. In 2018 he co-creates “Kilo’s Mind”, an experimental animation series broadcasted on Instagram, now dealing with for 2021/2022 TV production. In 2020: he becomes producer of the Studio, working towards European co-production and creating a network on a national level; he founds AION Collective, a reality working on Immersive Sound Experiences, focusing now on videogames, VR, and 360 videos.