Albert is a neurotic perfectionist who, with all his might, is ready to help to his colleagues, even if they don’t want to.

Albert's life is orderly, he is efficient and punctual in his work, he is always a worker of the month, satisfied with himself. His only problem is that his colleagues haven’t noticed his captivating personality yet. He does his best to help the everyday lives of those around him with his experiences. He draws attention out loud when they’re littering, remarks if there’s a mess on their desk, and doesn’t hesitate to tell his boss how he could work more efficiently. Despite all these helpful deeds, no one calls him to have coffee, he is often left alone in the office and doesn’t understand what’s going wrong. Their resistance equips Albert even more for action, so he resortes to increasingly drastic methods to open his colleagues’ eyes. The most important thing is that everything is perfect. The film shows Albert’s personality development through his peculiar perceptionist worldview, where life is like a huge tetris game.

Director’s statement
The film is made using the stop-motion technique, Albert becomes a giraffe, and the other characters are portrayed as anthropomorphic animals to reinforce Albert’s way of thinking with the animal’s qualities. This is further assisted by its surroundings, the dominant visual element of the visual world is the Tetris game, which clearly highlights Albert’s perfectionism and the imperfections of the others Every piece of furniture or object gives information about others based on the perfect or imperfect fit, illustrating how Albert sees himself and how his surroundings look. An important dramaturgical point will be when the perfectly matched objects around Albert disappear like they used to be in a Tetris game. With this, I would like to show Albert’s uncertain behaviour about his perfectionism. The puppets are made with needle felt technique with interchangeable eyes and mouths. The musical world also uses the music used in the classic Tetris game. However, natural noises will be used. 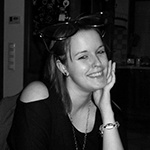 Szandra Pataki, animation director, writer: Although she is still an MA student, her achievements are remarkable. Her BA diploma film „Wireless”, was invited (2017) to Cannes – Short film corner and to the competition program of the Festival Stop Motion (Montréal). „Wireless” won Best Animation Film Award (2018;HFA-Budapest) and won the Visual Vanguard Award at Womanimation Film Festival. She is working on her diploma film, which as „Albert” won the Ale Kino+ Award at Animarkt Pitch Forum. 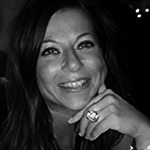 Krisztina Endrényi is one of Hungary’s top entertainment lawyers and copyright experts. In recent years, she started also to produce films, among those she was associate producer on the last two titles produced by Mythberg and she is producing a number of upcoming projects. Krisztina is a lecturer at various universities and a member of the Copyright Experts’ Commission at the National Intellectual Property Office. She acts as clearance expert for HBO and as local legal supervisor for Netflix.