3D2D Animatori d.o.o. was established in 2008 as the successor to the award-winning production company Kenges d.o.o. One of the founders, company director and producer Lado Skorin, has been working in animation and production since 1986 and has been passing on his experience to younger colleagues and a team of animators with whom he cooperates closely, reaping awards at many local and international A festivals. As partners and co-producers, 3D2D Animatori work closely with the Split-based 3D Lemonade studio lead by award-winning authors Veljko Popović and Milivoj Popović. The primary focus of 3D2D Animatori is the development and production of animated films and series and visual effects. It is specialized for classic and computer 2D animation, CGI animation, puppet animation, stop-motion and special effects for film and television. Maintaining the production pipeline and keeping to deadlines as animation producer of the Swiss-Croatian feature length documentary animated film “Chris the Swiss”, Lado Skorin has reaffirmed his expertise in animation producing. As co-producer of “Cyclists”, short animated film by Veljko and Milivoj Popović, he wins further awards at A festivals of animated film around the world. In addition to working closely with award-winning authors, 3D2D Animatori have had fruitful cooperation with numerous long-standing external associates: animators, illustrators, directors, editors, designers and musicians, as well as the satisfied clients including the leading Croatian marketing agencies, companies, TV and production companies. In December 2017, 3D2D Animatori signed a co-production contract with the renowned Macedonian company Lynx Animation Studios for the 2D animated feature-length film “John Vardar vs. The Galaxy”. This project includes co-production with Macedonia but also with the Bulgarian KaBoAI Pictures Ltd, the Danish Kongo Interactive – Denmark and the Portuguese Sparkle Animation. 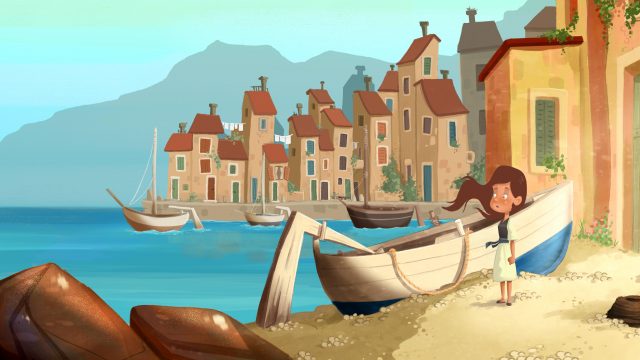