Before the first hive, young bee Jana must find a way to unite the bees and save them from the greedy bears.

Long ago, before the first hive, the bees were divided, controlled and managed by deceitful bears. A honey tribute was used to keep the bees in line, busy and obedient. The story follows the naive bee Jana who selflessly helps young Sophie to make the necessary honey. Jana and Sophie make friends with the curious bee Johnny who eventually falls in love with Jana. They work together, but the group is betrayed to the bears by the older bee Mara, and consequently, the tribute is raised until even organised bees cannot make enough honey. Jana is blamed for the crisis even by Sophie and Johnny, who abandons the group. Discovering the bears’ true motives, Mara realises her mistake and sacrifices herself to encourage the bees to fight back. Along with Johnny and Sophie, the bees seek Jana to lead a rebellion against the bears and their tyranny. Finally free, the bees get to decide their way of life. Jana proposes the creation of the hive, and the bees choose her to become the first queen.

Director’s statement
I feel a deep connection to The Hive's story, and its theme keeps me attracted, giving me the resolve to move forward. As the project's potential was recognised by the Film Center of Serbia and the biggest local distributor, MCF MegaCom Films, we saw an opportunity to bring a fresh story to whole families. The Hive will entertain and also communicate a powerful message to its viewers. Although we are currently searching for the film's director, I strongly believe that based on the international co-production, The Hive is going to achieve great results with its modest budget. 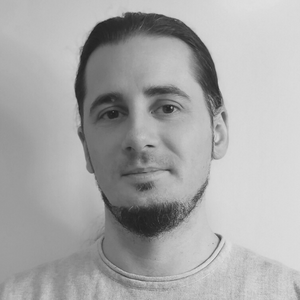 Nemanja Gavrilović (N.G.Nash) got into the world of film and animation by writing a script for an animated film based on a Serbian bestseller children’s novel. Besides several animated short films, he worked as an animator and production coordinator on the feature Film Noir, produced by Easy E Films from L.A. and distributed by WildBunch. He founded the school for animation Illusion and later the production company Talesgate with the intention of producing quality IP and spreading it to different media.