Fifteen thousand years ago: a family of megatheriums – giant sloth-like mammals, lives in a forest. The parents raise their rowdy triplets among the families of mammoths, deer, sabre-toothed tigers and pigs. To manage his mischievous children, the father tells them stories about animals that once populated their forest – the dinosaurs. Through these stories, the children get acquainted with the world they live in. Dinofables is a series about interpersonal relationships, archetypes and behavioural patterns. A fun series for kids spiked with a tiny piece of moral to be learned at the end.

Director’s statement
Dinofables have been funded by the Czech film fund for TV series development, where they were assessed as the best project in the call. The series was included in the MEDIA European Slate funding package. We have already finished the teaser; we have two scripts and the episode list for the whole season ready. Now we are planning to do an animatic for one episode and finish 7 scripts. We are looking for financing partners, pre-sales and co-production in countries with similar price ranges – for writers, part of the animation team, and the visual and sound post. 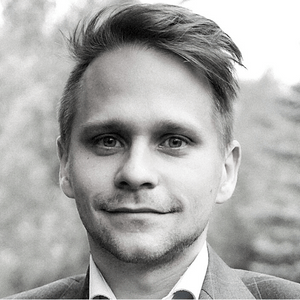 Producer Martin Jůza (* 1986) studied feature film directing in Zlín and at FAMU. In 2014, he co-founded the animation studio Krutart. He debuted with a feature documentary The Russian Job which competed at IDFA (2017). The film was broadcast on the NHK, YLE, SVT, Al Jazeera and won a prize for the best Czech documentary. He produced the animated TV series Kosmix (26 x 5’). He took part in prestigious pitchings and workshops – Berlinale Talents, Dok.Incubator, EPI, IDFA Academy. 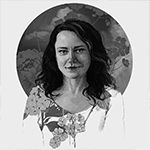 Klára Jůzová studied feature directing at FAMU in Prague. In 2014, she co-founded the Krutart production company and animation studio, where she is head of development. She made her screenwriting and directing debut on the television drama series The Lynching, co-produced by the Czech Television and ARTE GEIE in 2018. In 2020 premiered the animated series Kosmix, which she co-wrote and directed. She was head writer for the second season, which is currently in production.