Last year was a breakthrough one, especially for the youngest generation of filmmakers – they were successful at the most important international festivals and at the American Film Academy, so one could say that a “new wave” of animators was born in the Czech Republic.

A total of five animated feature films were produced in 2019, four of which were screened in cinemas, the fifth one’s distribution premiere is planned for early 2020 (The Impossible Voyage). Several of these were sequels to popular films or television and comics series (The Great Adventure of the Lucky Four, Pat and Mat: Handymen’s Adventures, TvMiniUni: The Question Thief). Cinema releases also included the coproduction Fritzi – A Revolutionary Tale, which familiarizes children with the fall of the Iron Curtain.

More and more often, short film reels for children and adults are shown in Czech cinemas. In 2019 Three Voices was presented to the audience, a set of three puppet student works created simultaneously at three Czech art schools – FAMU, UMPRUM and University of West Bohemia in Pilsen. The organizers of Anifilm festival compiled two short film reels for cinemas: Ready, Get Set, Go! (Ke startu připravit) or a set of films called The Grim Reaper Doesn’t Mow (Zubatá nekouše) directed by animators who took a close look at death – both in a serious and not so serious way.

The Czech animations most talked about abroad were shorts. Diana Cam Van Nguyen’s animated documentary about the loss of a loved one, Apart, premiered at the prestigious festival in Rotterdam in January. In February Martin Smatana followed up on that success with his The Kite, about the relationship between a little boy and his dying grandfather, which was screened at the Berlinale. Both films managed to just about circle the globe during the year, even making it to the important Annecy International Animation Film Festival. 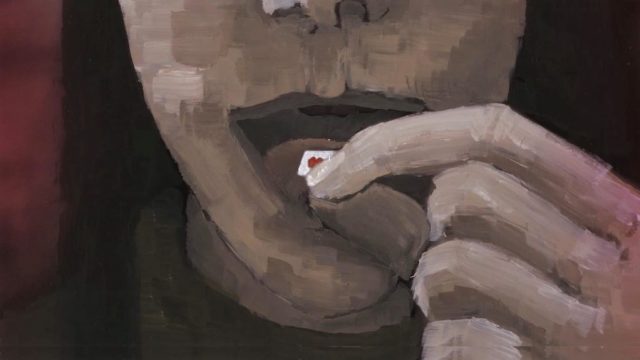 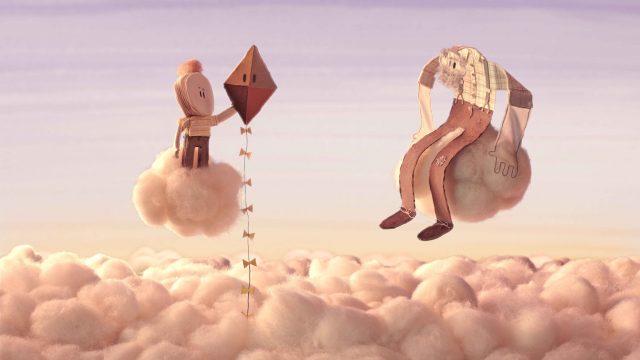 Annecy also hosted the premiere of what was without a doubt the most successful animated short of the year, Daughter, by Daria Kashcheeva. The puppet film about a girl trying to rekindle a relationship with her father after many years won the main Cristal for a Graduation Film at Annecy IAFF as well as the Junior Jury Award for a Graduation Film. A climax of the film successes its victory at the Sundance Festival, the Student Oscar for best animated film in the section for international schools and a nomination for the “classic” Oscar in the Animated Short Film category.

In the autumn, festival programmers’ attention turned to the short film SH_T HAPPENS by creative duo Michaela Mihályi and Dávid Štumpf loosely based on the story of Noah’s ark, which had its world premiere at the Venice Film Festival and later appeared at Sundance too.

Student work from the city of Zlín is making itself known in the world as well. Director Zuzana Čupová was awarded the Golden Slipper at the Zlín Film Festival with her film Cloudy, and, most recently, the Leaf by Aliona Baranová has made it to Berlinale 2020.

Viewers of the channel CT:D have started watching the Kosmix series from the directorial duo formed by Vojtěch Dudek and Klára Jůzová this year. Children can look forward to a total of 26 five-minute episodes about Kit the robot’s space adventure. Other upcoming TV projects have very good prospects too: the series Barney the Piglet (Filmovy uzel), Little Pilot (Kouzelná animace) and a children’s series based on Karel Zeman’s Journey to the Beginning of Time (BareBear production) are being developed in Zlín. The nutprodukce company is preparing the series Overboard!, Bionaut is developing Animalies and Old & Rich Production is working on the Baldies project. 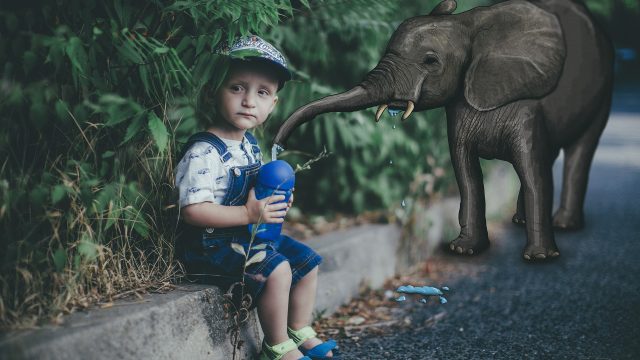 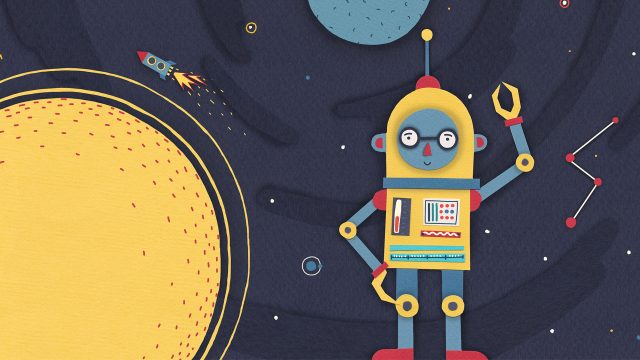 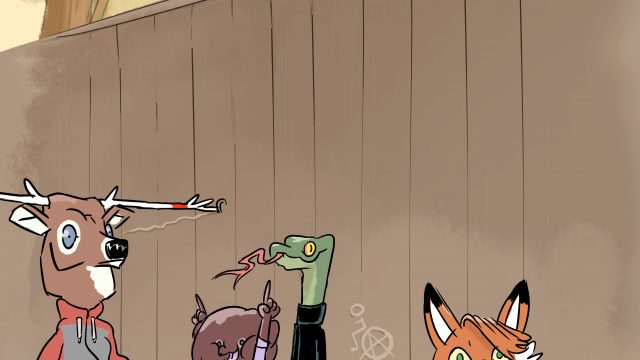 Several animated films currently in development received positive attention at foreign coproduction markets in 2019. In March, the professional jury at the Cartoon Forum awarded the Eurimages Co-Production Development Award to the feature-length project Of Unwanted Things and People, based on a book by Arnošt Goldflam (MAUR film). Among the 66 projects from around the world another Czech project was presented – Pearl by director-producer Martin Kotík (Rolling Pictures) along with two other co-production films of the MAUR film company: The Crossing and Fritzi – A Revolutionary Tale. 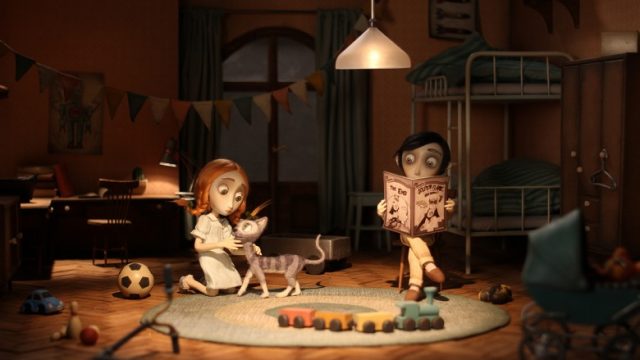 Photo: Of Unwanted Things And People 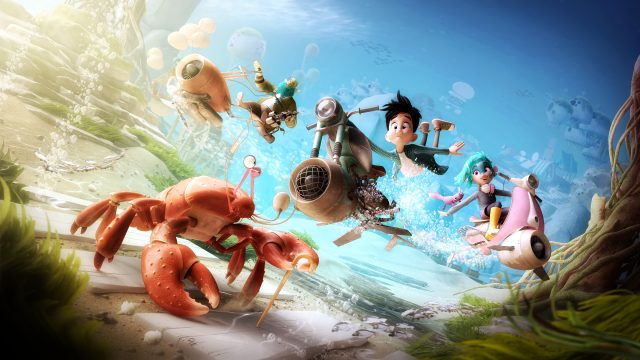 Great news for Czech animation is the participation of three feature projects at the CEE Animation Forum – the aforementioned Pearl, Babu in the Night City from director Petr Vodička (Kuli Film), and My Sunny Maad, directed by Michaela Pavlátová. 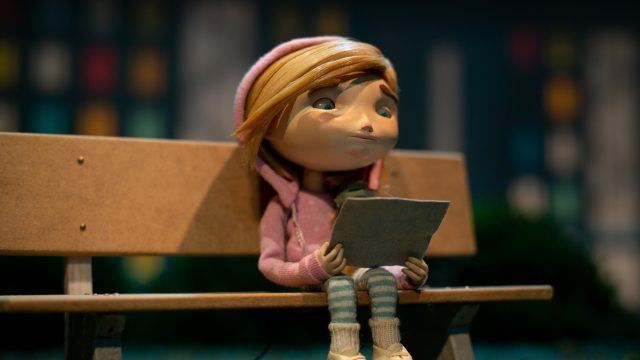 Photo: Babu in the Night City 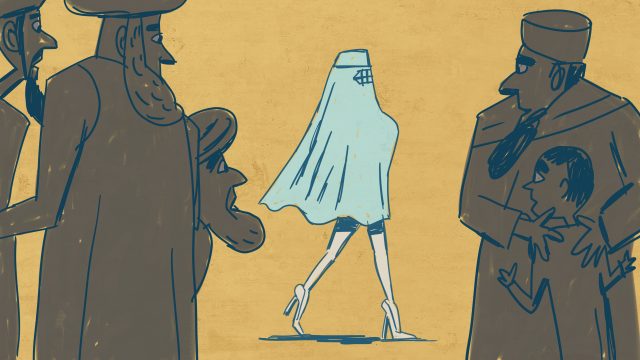 What’s being prepared in Czech animation

Among the projects supported by the Czech Film Fund – both in development and production stages – there are several student short films worth noticing by film schools students and graduates, who made their mark in animation in 2019: including Abandon by Daria Kashcheeva, Hello Summer by Martin Smatana, Love, Dad by Diana Cam Van Nguyen, Mud Pie! by Kateřina Karhánková or The World’s End by Martin Kukal.

Even Mice Belong in Heaven, directed by Denisa Grimmová and Jan Bubeníček, is nearly finished. The second half of the year should see the completion of the latest feature from director Jan Balej, A Colourful Dream or the ambitious French-German-Czech coproduction The Crossing by the debuting director Florence Miailhe.

To see the catalogue of Czech animated features and shorts (currently in postproduction, production and development) and which were supported by Czech Film Fund, please click here.