Electra is not telling her own story. Electra is re-living her memories, colouring them, changing shades, then coulours as well.It is all just fiction. Electra's world is a game that she invented herself.

The controversial subject of the Oedipus complex in women. What would the myth of Electra look like in the current age, when almost every other marriage ends in divorce? How far is Electra led in her unconditional love for her father who had left the family when she was a young child? Electra. A Poem aims to explore the inner world of a woman who has since childhood been idealizing her father, rebelling against her mother and while growing up diving deeper and deeper into her own fantasy world to which she is drawn more than to real relationships. Gradually she builds up a strange deformed view of beauty which she tries to emulate. This way she keeps searching for the right relationship with her own body and sexuality, but growing up she loses more and more, injuring her body and destroying it.

Director’s statement
Electra. A Poem is a film that doesn’t have a typical narration of the main story. It is more important for me to express the inner world of the heroine, and her emotions, than the telling of her story. The plot does not develop step by step, but we skip from one memory to another, similar to how a human brain works when the individual memories follow one another by free association. I want to emphasise that the chosen form for this film is poetry by including „A Poem“ in the title, so I suggest to the viewer how to approach my film. The mosaic of the story will be supported by stylised combinations of various techniques e.g. pixilation, animation of objects, puppet animation and live acting. The topic is inspired by the Oedipus Complex in women, or rather the Electra Complex. Many women and girls who lost their father in childhood nowadays suffer from the Electra complex. It is not just due to death, but also the father leaving, divorcing the mother, a common occurence nowadays. 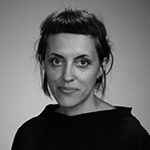 Daria studies animated film at FAMU in Prague. Her student films featured at many international festivals. Daria’s original To Accept won the Nespresso Talents 2017 film competition in Cannes. Her Bachelor’s puppet animation Daughter has a premiere at Annecy Animation Film Festival and got Cristal for the best Student film. Daughter has won the Student Academy Award in the category Animation (International Film Schools) and was nominated to the 92th Oscar Academy Award. 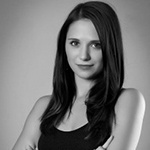 Zuzana Krivkova was born in 1990 in Prague. She works for Czech Television since 2014. In 2019 graduated from FAMU – Production. Her student project „Daughter“, puppet animated film, featured at many international festivals. The film had a premiere at Annecy Animation Film Festival and got Cristal for the best Student film and Young Jury award in the Student film section. Daughter won the Student Academy Award in the category Animation and was nominated for the 92nd Oscar. 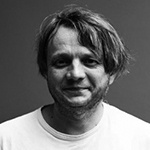 MAUR film producer since 2003. A lecturer at FAMU, financial and content expert for Czech State Cinematography Fund and AVF SK, member of the European Film Academy, founding member of ASAF and APA. Currently he is producing his 8th feature film, many shorts, 50 episodes of an animated series for The Czech Academy of Sciences, and many other projects. He is a loving father to 3 daughters, runner of marathons, avid reader and collector of film posters.